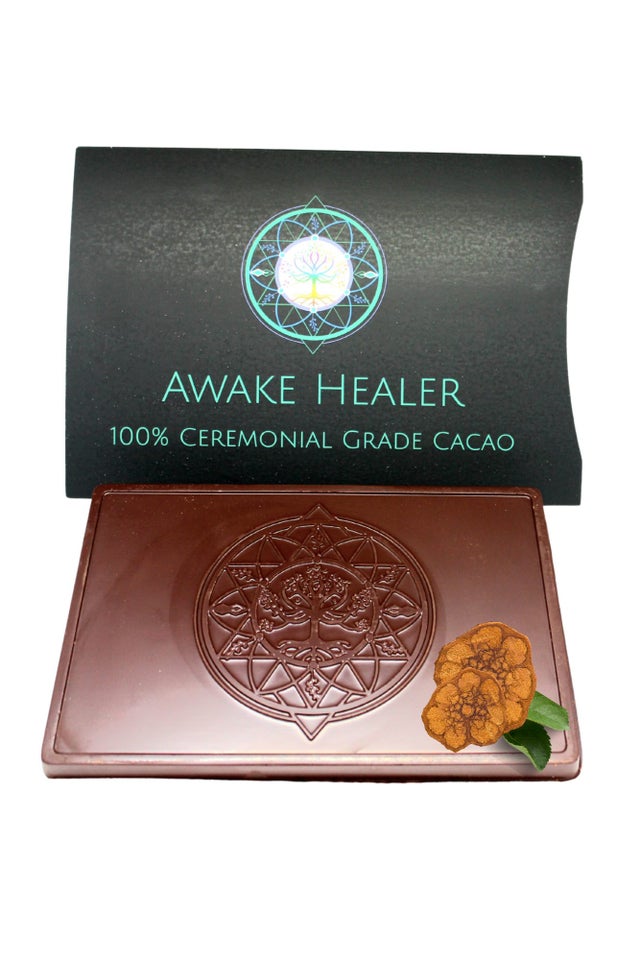 Chocaya- As many of you know, Awake Healer has gone through exhaustive efforts to ensure that their plant medicines are the finest in the world. Our Pure Vine (vine-only Ayahuasca) is legal and can be extremely beneficial and powerful in assisting one’s spiritual growth. Combining the Pure Vine with the finest Cacao in the world has helped produce some extraordinary experiences. We only recommend one ounce of Chocaya per serving.

The cacao tree, which is native to the Amazon Basin, was first believed to have been cultivated and used by the Mayo-Chinchipe people as far back as 3300BC. However, it is the Olmecs (1500BC) that are recognised as being the first civilisation to both cultivate and ‘domesticate’ the fruit. Alongside the Aztec and Mayan empires, the cacao plant not only shaped the way that these empires conducted themselves on a day-to-day basis, but also established deep roots in the very beliefs that they upheld.

Modern users are familiar with its aphrodisiac proprieties and many believe that regular consumption may also increase a woman’s ability to conceive. Those who utilize the cacao in ceremonial settings often speak of feeling much more in tune with their sensuality, and far more open to expansion, and connection.

Some people may be sensitive to the mixing of cacao and the caapi vine.

The information on these pages have not been evaluated by the Food & Drug Administration or any other medical body. We do not aim to diagnose, treat, cure or prevent any illness or disease. Information is shared for educational purposes only. You must consult your doctor before acting on any content on these pages, especially if you are pregnant, nursing, taking medication, or have a medical condition.