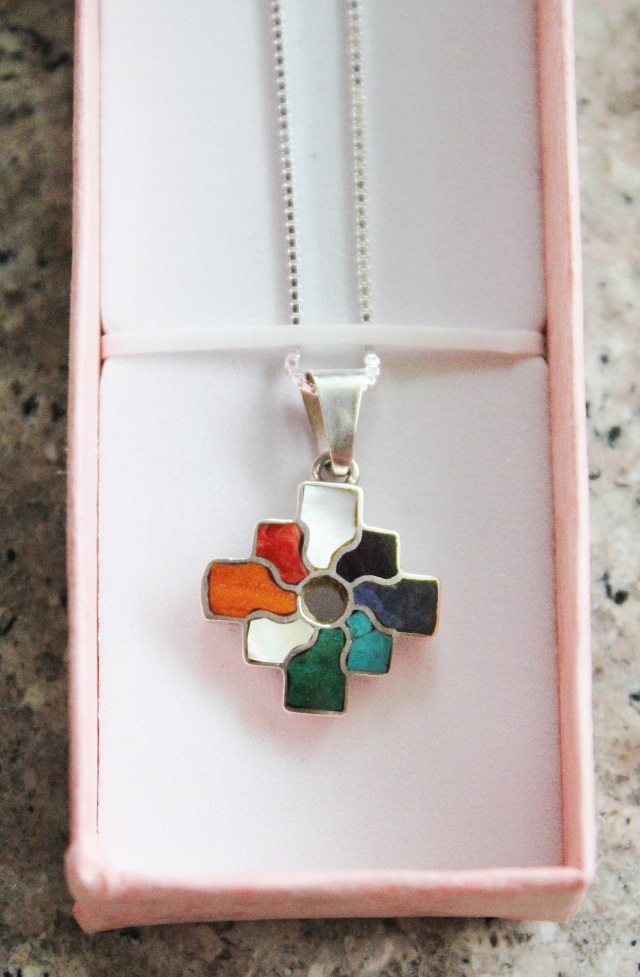 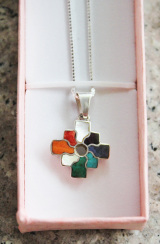 Incan cross necklace from Peru. Made with 95% Silver, with beautiful assorted stones including Abalone and Beryl Agate.