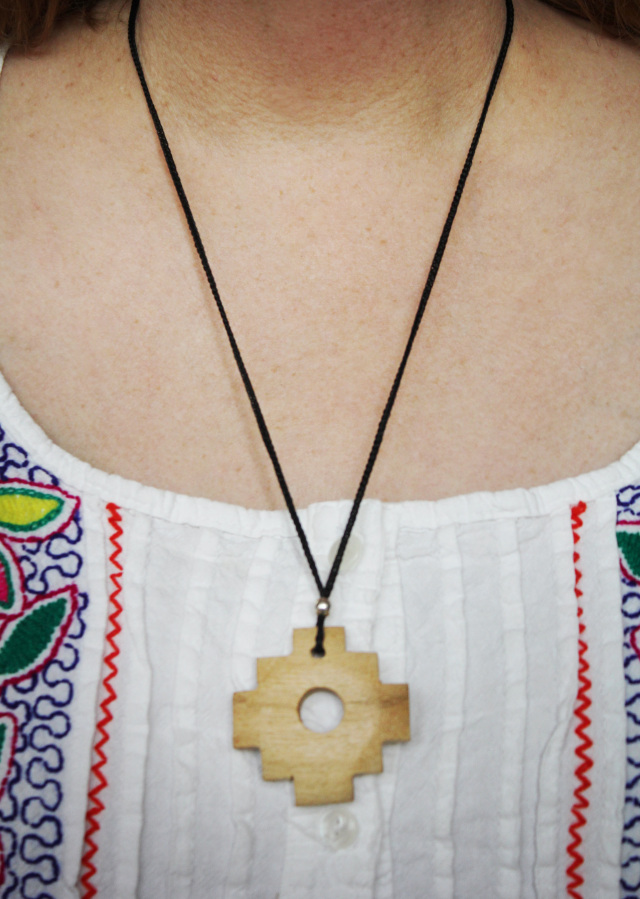 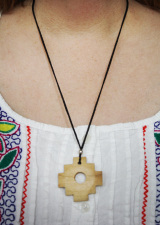 This beautiful hand made Inca cross/chakana necklace is made out of palo santo wood.