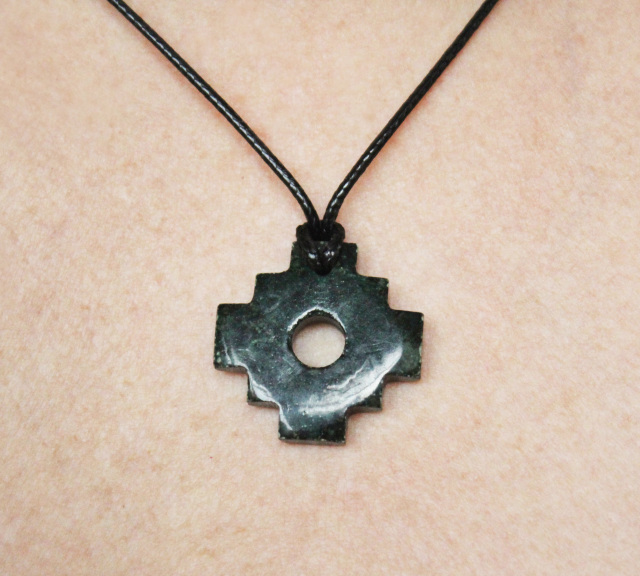 This beautiful Incan cross/chakana is adorned with a serpentine Incan cross that comes from the Sacred Valley in Peru.