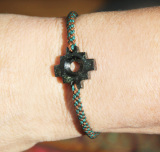 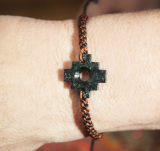 This beautiful hand woven Incan cross/chakana is adorned with a serpentine Incan cross that comes from the Machu Picchu area.

Sold out
Add to Cart