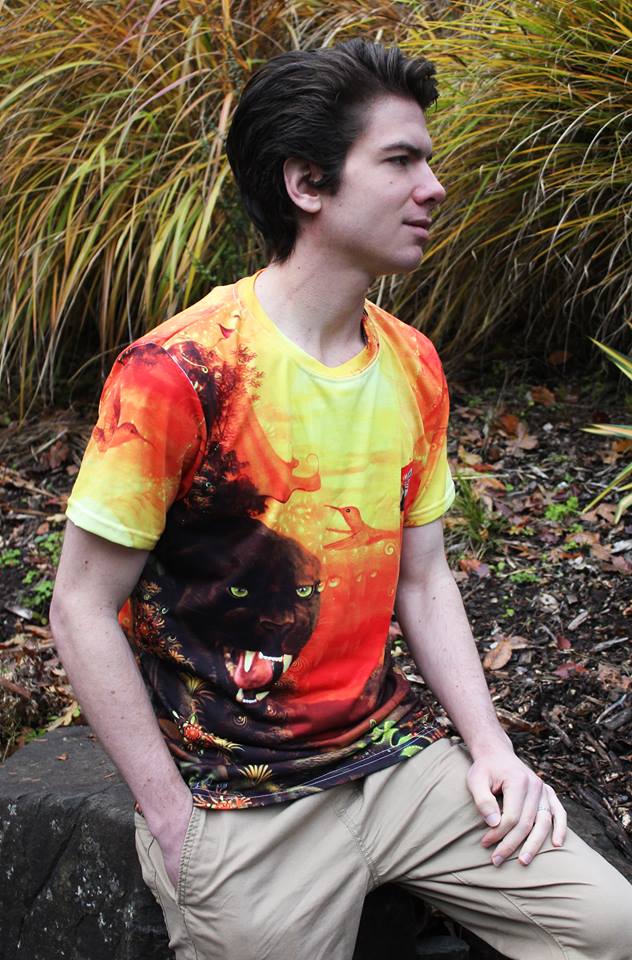 This fabric is a poly cotton blend.

The beautiful jungle visionary art clothing brings us the art of Jorge Enrique Ramirez Flores, a native of Pucallpa, Peru. Jorge's natural artistic talents were evident from an early age. He was accepted by Pablo Amaringo as a young student into the Usko-Ayar Amazonian School where he perfected his visionary art skills and learned to integrate native teachings into his paintings.

The late Pablo Amaringo was a Peruvian artist and shaman healer known for his colorful depictions of ayahuasca visions. Pablo ceased work as a shaman in 1977 and devoted the remainder of his life to his art and the school that Jorge attended.

The spirits of the Amazon are expressed through these beautiful paintings as they deeply touch the viewer's spirit. Jorge has printed his paintings on clothing that Mystic Planet is honored to bring to you.